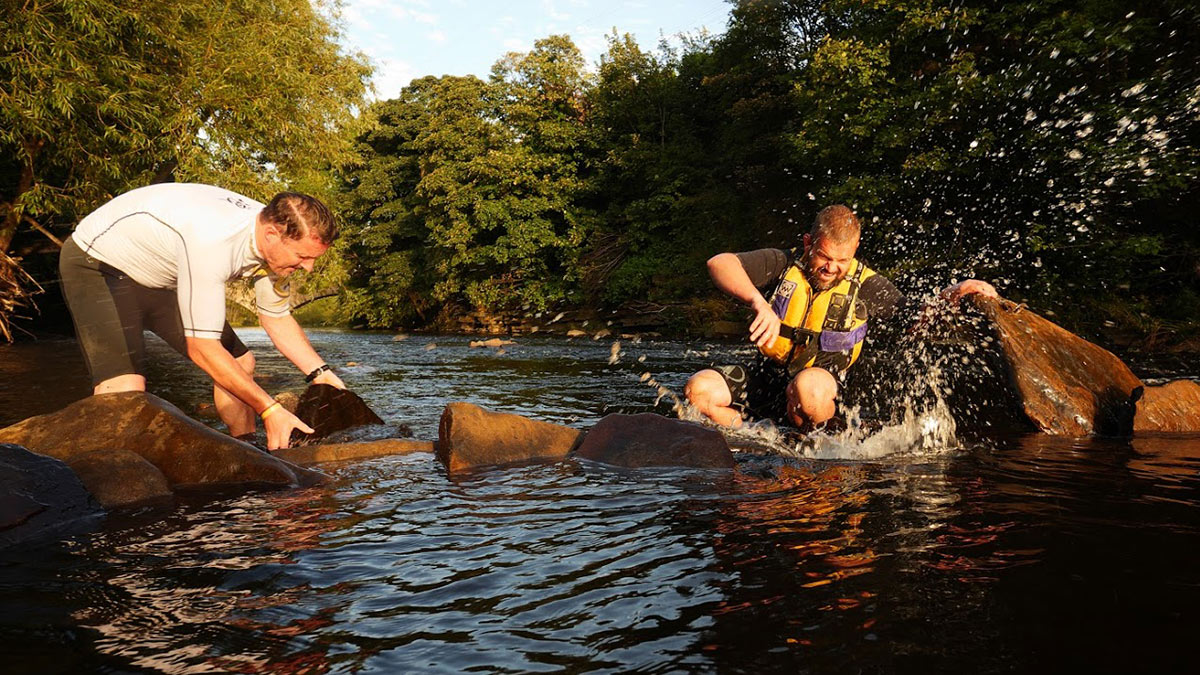 We trust most stories would blend craziness with humour, and that at the heart of each we would find strong and enduring relationships which had a positive impact on individual lives .

Somewhere along the way, someone might actually mention activity on the water.

Darren Clarkson-King makes lots of references to Pennine in this British Canoeing interview. The club still does a lot with him – including highlighting the connection between paddling / clubs and mental health!

What Counts as Club Activity?

As in any healthy club, the extent and limits of “club activity” go way beyond what any of us could write down. For instance, if our senior members are providing guidance and advice which has a bearing on a member’s life within the club, or on a member’s development as a paddler, they’re engaged in club activity.

At the other extreme, if we’re clearing the jetty of mud, litter picking, strimming the grass or developing the site (e.g. relocating shipping containers) then we’re doing club activity. If we’re moving boats between sites, providing food and drink at an event, running a shuttle for someone or getting a old car chassis out of the river, we’re engaged in club activity.

Being involved as a member of the club introduces a responsibility to engage in “club activity” in ways which we would expect to be viewed as reasonable by other members!

What might count as “club activity” is something we explore in our journey through club life. It’s very rarely something anyone can spell out in advance!

What About On The Water?

Pennine routinely helps members get afloat – and at times, that’s in sessions advertised on the Club Calendar. These include sessions at the pool, at Mirfied and sessions or river trips which are further afield. Formal club activity also includes club participation in events ranging from Hasler races and polo tournaments to the annual Washburn Boaterfest.

Pennine’s club activity also encompasses impromptu sessions where members decide to train together, run rivers together or whatever. In these cases, the club’s activity safety framework helps members establish the extent and limits of club responsibility and liability.

The club’s approach to formal club activity is mapped out in Keeping Life Simple – a page on the club’s activity safety framework.

Paddling That is NOT Club Activity

Pennine celebrates responsible, independent involvement in any form of kayaking, canoeing or rowing and celebrates the tradition and ethos of individuals taking responsibility for themselves in making use of their own craft and equipment on waterways of their choice outside of what is explicitly recognised as Club Activity.

In practice, members seek guidance or advice from within the club before going off to do their own thing. Members also make private arrangements using the club’s social media channels, and to use the club’s boats and equipment. Members may also use references from the club to join other groups of paddlers.

Pennine is first and foremost a community of paddlers – embedded within a wider community – so “club activity” means a lot more than just going paddling!